Giants To Jets: Heads We Win, Tails You Lose From the time the Jets abandoned their plans for a stadium within the city proper and agreed to go halfsies with the Giants on a new facility at the Meadowlands, we’d assumed that their respective owners would be too busy jumping around in piles of money to quarrel over the logistics of their shared ownership arrangement. But that’s not quite how it’s playing out.

Technically, the current squabble over who gets to host the first regular-season game at the Meadowlands isn’t between the two teams, but between the Jets and the league over the coin toss the NFL used to give the game to the Giants. (To bring you up to speed, if you haven’t been following along: Both teams wanted to host the first game, so the Jets suggested a coin flip to decide who’d get it. The NFL told them no, then flipped a coin anyway, without representatives of either team present. The Giants won the coin toss and will host the first game, with the Jets playing at home on Monday Night Football the following day.) Woody Johnson’s irked over the process — and the Giants are predictably pleased — but Johnson knows that more than a coin flip was at stake.

The Jets want to establish early and often that the Giants aren’t the primary tenants in the new building, as they were often perceived to be in the old place. Hosting the first game would be symbolic more than anything — they’ll get plenty of exposure on the Monday-night game, after all — but it would give them a chance to celebrate having a stadium they can kind of call their own, and to remind people (in case they needed to be reminded) that this as-yet-unnamed venue is their home, too. 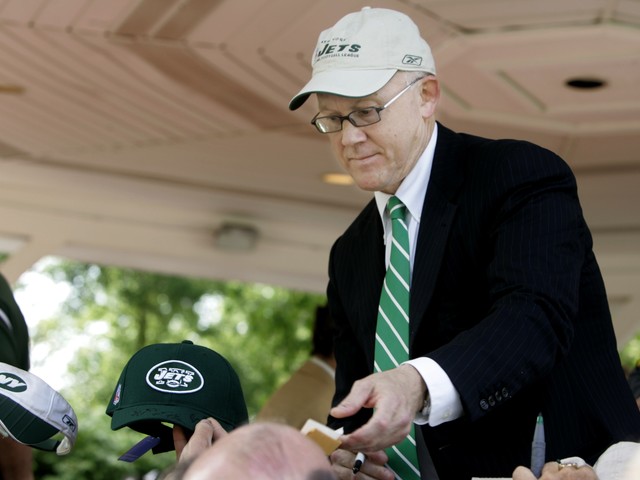