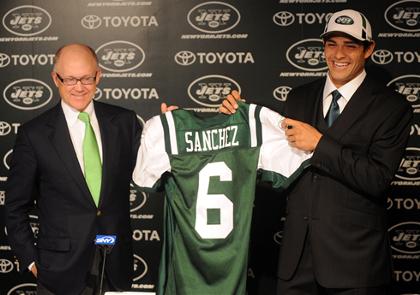 New York Jets owner Woody Johnson has a reputation for being reclusive, but it turns out he’s out riding a scooter on the streets of New York on most business days. Johnson’s mode of transportation came to light in a lengthy interview with the New York Times. Said Johnson:

That’s how I go to work every day, when it’s not raining. It’s a kick scooter. Two wheels on the front, one on the back. It’s relatively safe. You only fall about, oh, what, every, maybe month and a half. I’d say it’s about a month and a half between spills. You wear gloves.

I don’t know if I get recognized. It’s such an easy way to go. I’m surprised people don’t do it. I can ride all the way to the East Village. It doesn’t take that long. You go on the sidewalk. You go on the street.